WHAT TO SEE - Churches

Sanctuary of the Madonna della Portella

Sanctuary of the Madonna della Portella 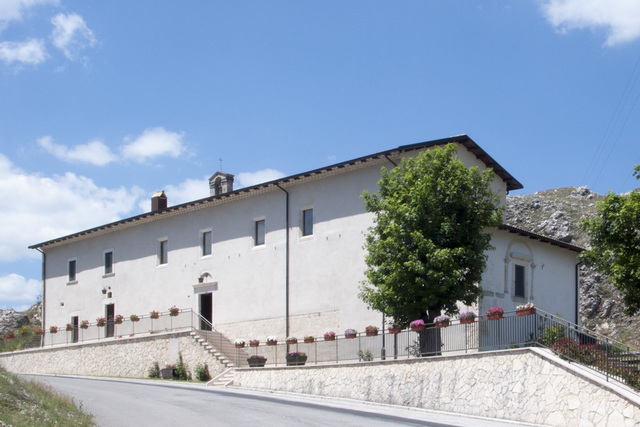 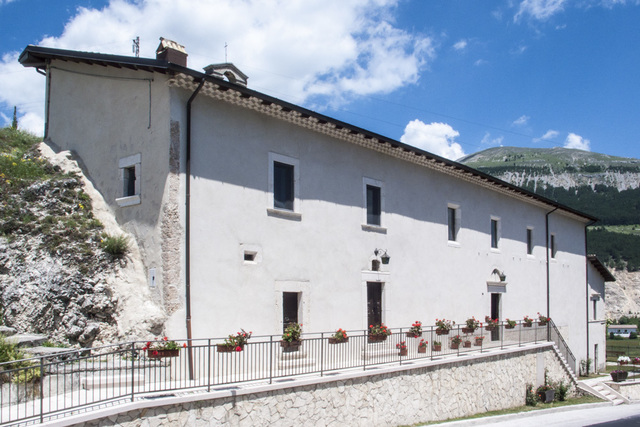 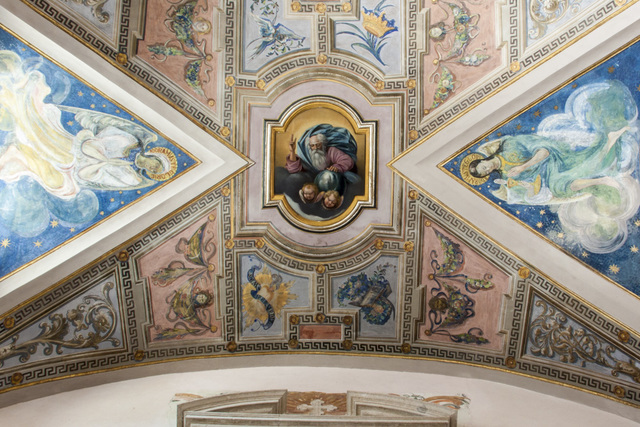 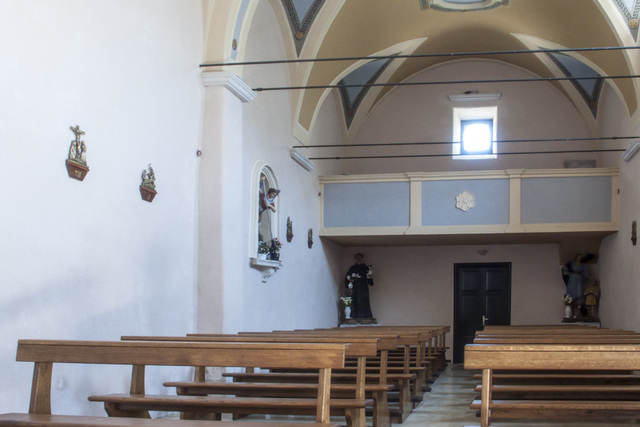 Hours: Open from June to September; in other periods contact the parish priest of the church of San Nicola di Bari

The hermitage church is located less than two kilometres from the town of Rivisondoli, near the Cinquemiglia Plateau.
It was built in 1589 probably on the site of a previous church, and was originally intended as a refuge for travellers and before that as a simple shrine.
The last hermit to inhabit the building was Father Nicola di Coccia, a farmer originally from Palena, whose real name was Teodoro Di Biase.

The building is elevated above street level and is accessed via a staircase which climbs up along almost the entire length of the building with a long balcony. The main entrance is located on the longer side elevation and bears the inscription on the lintel "OPUSCULUM HOC ELEMOSINALITER ERECTUM/ ASCANIO SIMONE CURANTE-SPE AUXILII/ ASPICENTIUM-AUGMENTARI OPTATUR-SUPERUM/ OPE A.D. 1589”. In addition there are two other portals that lead to the sacristy and to the guest quarters. Upstairs are the premises which were occupied by the hermits until 1968.

The interior is a single room with a side entrance. On the back wall is the main altar, made of polychrome marble and surmounted by an 18th-century frame, enclosing a relief painting of the Madonna and Child. On the side with the altar there is a small door leading to the cross-vaulted sacristy which is also accessible via an independent entrance at the front. On the opposite side, under the stone choir, there is the tombstone of the first hermit who lived at the church and a door leading to what was the old porch. In 1875, following the collapse of the roof, the church was partially rebuilt and the destroyed wooden ceiling, which had been gilded and painted, was replaced with a barrel vault.